SAY NO TO RAGGING: Ragging is any disorderly conducct whether by words spoken or written or by an act which has the effect of teasing, treating or handling with rudenss to any student, indulging in rowady or undisciplined activities which cause or likely to cause annoyance, hardship or psychological harm or to raise fear or apprehension thereof in a fresher or a junior student and which has the effect of causing or generating a sense of shame or embarrassment so as to adversely affect psyche of a fresher or a junior student.

Hence, Students are advised to refrain themselves from any such Criminal Act

Admissions (2022-23) are now open. Please visit only the campus (D-block, Auditorium) at Galgotias College of Engg & Technology, Plot # 1, Knowledge Park – II, Greater Noida. There is NO other branch / office of this college in any other location.

Accreditations of B Tech - Mechanical Engineering and B Tech - Electronics and Communication Engineering are further extended by NBA till 30.06. 2024 (Academic Session : 2023-24)

Students of Electrical and Electronics Engineering department of Galgotias College of Engineering and Technology have successfully set the seal on a full working robot 'Eve' under the guidance of HOD Dr.A Ambikapathy.

The robot was made with the motive of a " Receptionist robot (Romeo) " which on operation will present a bouquet, shakes hand and greets with a welcome voice note.It can be operated in three ways i.e. using Wifi module, bluetooth module and remote control with the range of 1.5 km.

The team is still planning to take the project on to the next level by introducing artificial intelligence in it. The initial idea was proposed by the HOD of EEE which was worked upon by the team which was headed by the third year students to be named:

The EEE department thank our esteemed CEO ; Mr. Dhruv Galgotia and the whole management for funding support and cooperation. 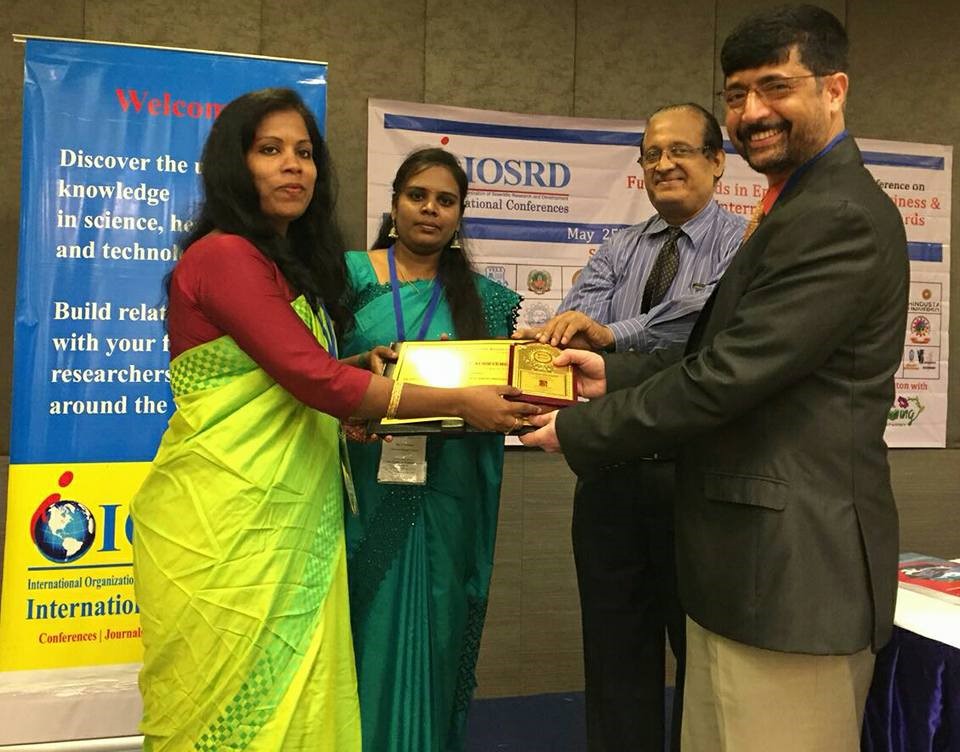 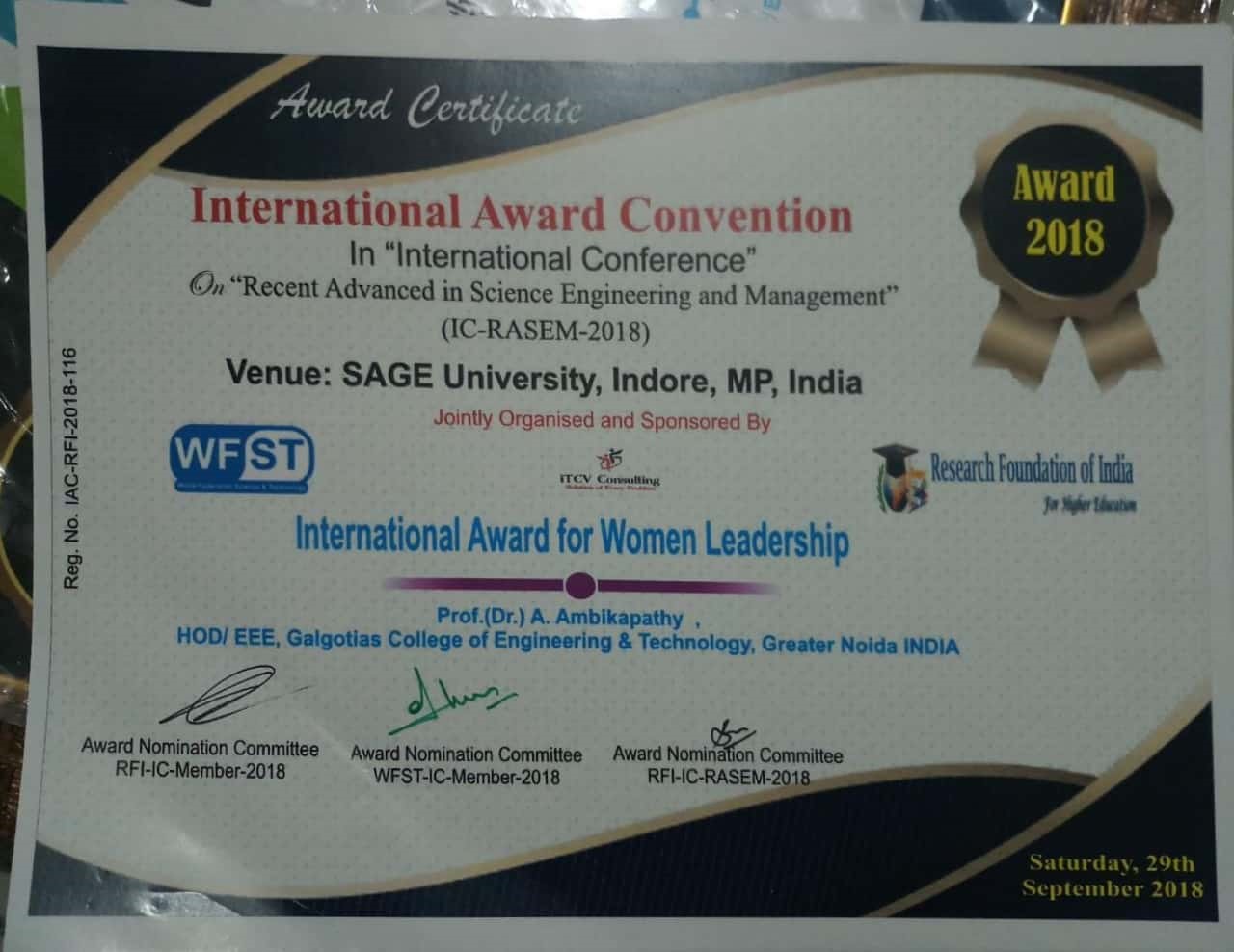 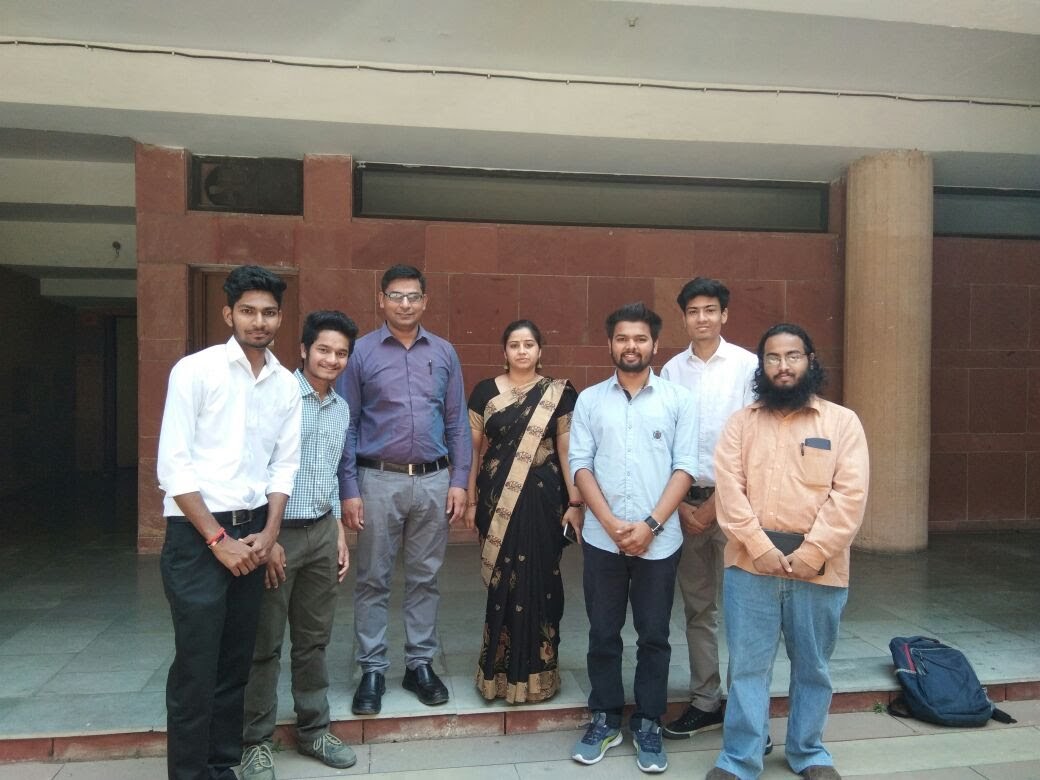 Research Team won the First Prize in IEEE IAS CMD Myron Zucker Undergraduate Student Design Contest 2019. The award will be delivered in the IAS General Meeting that is going to be held at Baltimore, Maryland, United States. This award is one of the biggest awards from IEEE for the project development  by the undergraduate students at the global level. The award includes the cash prize $1300, full funding to attend the Industrial Application Society (IAS) Annual Meeting-2019 at Baltimore, Maryland, United States.